Tonight I welcome Leann and John. Leann had an encounter in WY. She writes “We were doing around 80 mph. My friend always drove like that.

What we saw cross the road in front of us I will never forget. It was so frightening I never drove that road again after dark. And I wouldn’t drive it in the daytime alone. Wide open space for miles and miles.

It was on all fours, at first glance I thought it a naked man. Crawling across that hwy. But the size of it dismissed that thought immediately. Its HAND was on the white line on the south side of the 2 lane hwy. while its back FOOT was still in the white line on the north side of the hwy. As we got closer about 100 to 150 feet it turned its head like it was on a swivel and looked directly at us in full view of headlights. I saw a human like face.” 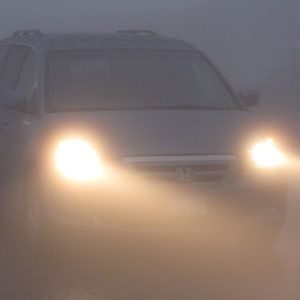 John writes ‘Hi Wes, three years ago I was staying with family on a country property outside of Chesley Ont. Its a rural property just farms and county properties on large acreages.

We were just getting a campfire going when I walked off around some bushes and small trees to take a leek. The farm next door has sheep and every night during the summer the owner lights his property up on all sides with powerful spotlights even tho the sheep are put in a very well built barn every night. The spotlight shining in the back field lights up the entire field right to the wood line approximately 80 to 100 yards away.

As I was doing my thing I noticed someone walking through waist high brush 40 ft away from me. The figure was clear to make out as it was walking between the two properties keeping to the edge of the spotlights reach. I thought we had a trespasser as it was clear the figure was trying to keep quiet as it walked through the tall grass lifting its knees very high and looked to be trying to be careful where it put its feet.

I was just about to yell at this guy until I saw how long the arms were and the bizarre shape to the head very cone like or wearing a weird hat. That made me pause but as it was now fully in the open walking on mowed grass I thought let this guy know you see him but before I could say anything this thing began to run towards the wood line, after 3 strides I knew this wasn’t a person the speed was inhuman the arm pumping as it got to speed I don’t think a human can imitate the back and forth motion was a full 180 degrees in the open the head was easy to see it looked to big for the thin body a guess would be 6-6 6″ 200 plus pounds.

As it sprinted to the tree line it began to move more into the spotlight shine I could clearly see this thing pumping arms legs were practically a blurr as it ran then as it neared the tree line I thought it had tripped it leapt forward arms straight out at its side chest now parallel to the ground but before it crash to the ground it arms came forward then took two strides like a dog would on all fours and was gone into the bush.

At first I thought it tripped but now I believe it did this on purpose, when I think back it was like a show boating move diving out at full speed arms straight out at its side then catching itself at the last second and running off on all fours as fast or faster than on two feet. This thing covered that 80-100yard in 4-5 seconds, one thing with what I saw that still messes me up it’s like my brain doesn’t know what to do with what I saw.

My brain doesn’t know where to file this or how to explain. This plays over in my head weekly still dream about it guess because I really can’t explain what I saw or what I saw isn’t supposed to exist.”