Tonight Ethan shares an encounter he had in Minnesota while ice fishing. He describes two creatures staring at him. The creatures were so tall he thought they were standing on their snowmobiles behind the reeds that were six feet tall. 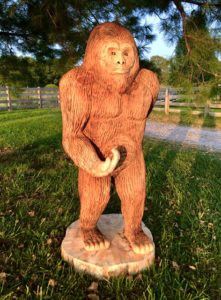 We will also be talking to Lenny who is from Washington state and he describes a strange encounter he had being bluff charged by something.