Three brothers decided to camp at Caddo lake in Texas during the off season. The first night they were stalked and harassed by something. The following day they had a run in with a strange creature. It was a camping trip they will never forget. 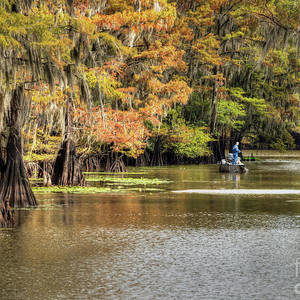 Caddo Lake is a 25,400-acre lake and bayou on the border between Texas and Louisiana, in northern Harrison County and southern Marion County in Texas and western Caddo Parish in Louisiana. The lake is named after the Southeastern culture of Native Americans called Caddoans or Caddo, who lived in the area until their expulsion in the 19th century. It is an internationally protected wetland under the Ramsar Convention and includes one of the largest flooded cypress forests in the United States.