Tonight I will be speaking to two guests. James writes “When I was younger my family would have reunions in the summer at my grand parents house and the kids would camp out in tents in the early morning hours before day light a few of us would wake up to howls in the distance not really loud but like they were far away we heard this almost every night.

When we visited our parents just played it off and teased us that it was the boogie man eventually my parents was transferred to Pennsylvania from Virginia we moved to the next county over from the one my grand parents lived we lived in a very rural area.

I made a friend that lived about a half a mile from me we met at the mom and pop store it was early summer, school was out he asked if I liked to fish and said yes so we rode our bikes to a dnr service road about a mile up the rode was a train trestle that went over a good size creek.

We explored all day, we did this for about two weeks everyday. We decided to do a weekend camping and fishing trip and go deeper into the woods to find a better place to fish. The first day was good we made camp got fire wood then started to fish things got really quiet no birds or squirrels we could here pebbles hitting the water from the ridge above where the gravel road we heard something moving around we thought it was a black bear because we have seen one earlier that week about a mile up the creek.

We started to holler go away bear and make noise to let it know we were there so we had a radio and turned it on we built a fire pit and started a fire it was getting dark so we ate about 11 pm we went to sleep we were woke up a few times that night to what we thought was a bear snooping around the camp.

What I now know as wood knocks we woke up that morning and our fire pit was wrecked and our fishing poles were scattered around but we just really didn’t think about it but later that day was going to change our lives again pebbles started falling from the ridge above the movement now was like something was pacing back in forth above us every now and then we heard a huff and rocks would land behind us in the woods we still had no clue what it was a bout an hour later this thing starts coming down the ridge like a tank through the woods about 20 yards up from us and walked right into the creek.

It looked at us growled then 2 strides to the other side and went into the woods on the other side we both was shaking all over and both peed our pants could not move then my friend hollered let’s get the the F out of here.

We ran and left everything we ran all the way to my house my parents was like what’s the matter we were white as ghosts. We told them and they wanted to go there the next day I didn’t wanna go so they called the dnr office and they sent a officer to talk to me and my friend.

We reluctantly took him there and he found foot prints and cast them but told us it was a bear but I know what I saw and it was no bear I have only to my family about this and got teased alot about it so im so glad for you and your show thank you wes for what you do .” 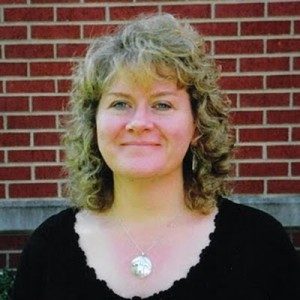 I will also be speaking to Kathy Strain. Kathy is a West Coast investigator who studies the role of bigfoot and Native American cultures.

She holds a master’s degree in anthropology from California State University, and is employed as the Forest Heritage Resource and Tribal Relations Programs Manager for the Stanislaus National Forest, located in Sonora, California, where she continues to study sasquatch.

She has worked in archeology, and is an author who in 2008, published the book “Giants, Cannibals & Monsters: Bigfoot in Native Culture,” a compilation of stories about the “hairy man” phenomenon in North and South America.