Eli said “I had two encounters the first one was when I was on leave for my 2nd tour in Vietnam. I was deer hunting and had a deer run up to my deer blind and lay down. I could not figure what it was doing. Shortly afterwards I saw what it was running from. I could not understand what kind of creature I was looking at and there was more than one. My second encounter happen about 16 years later and it became violent.

We were camping to going grouse hunting in northern Minnesota. Something picked up our tent with all of us in it and threw it a couple of feet to the side. I ended up shooting what I am sure was a bigfoot, three times with #7 bird shot from 20 to 30 ft away from me and my three companions” 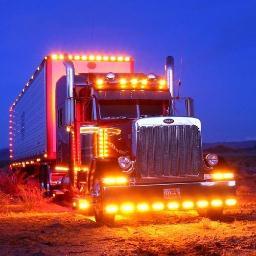 Armando is a long haul truck driver and he stopped on the side of the road in Texas to use the bathroom. The driver’s little dog ran off into the woods. The witness said “I kept calling my dog to come back but he wasn’t coming back. I heard wild hogs and it sounded like they were running.

I heard one of the hogs make a sound and I thought oh my god they are killing my little dog. I went into the wood line and saw my dog and he was whining. He would not look at me, he was looking up in the tree. I looked back and up to see what he was looking at and I saw this monkey in a tree. It was huge! This thing vocalized and another one came running. This one was much larger and it was carrying something. I realized he was carrying a 200lbs hog in his arm. The one in the tree screamed at me and then the larger one screamed/roared at me. I thought I was dead. I just held my dog and was shaking…..”