A listener writes “Hi Wes, a friend purchased a cabin in New Hampshire last year, with 5 acres that backs right up against the White Mountain National Forest. He lets me use it when it’s unoccupied in trade for small handyman jobs on the property. At the beginning of this year I took advantage of the great snowmobile trails that go right out his back yard. Trails go up a local mountain and well beyond. The trail system could be ridden all the way to Canada if one desired.

I was too busy with work all summer to visit there, but was looking forward to exploring the area with no snow on the ground, so now that work has slowed down for me I took several trips there over the past few weeks.

Hiking the unmarked trails behind his house to the top of the local mountain I came across evidence of wildlife, footprints of moose and deer, and also another print that I found odd enough to photograph. It appears to be a human type footprint, narrow as though shoeless, but it’s as long as my size 10.5 boot, which measures 12 inches long. I’ve included two photos. The first one shows the size of the print compared to my boot. Toes can almost be seen in the print. Not a particularly massive print, but if it’s human that means someone with a 12 inch long foot was walking or running on a very little known path, barefoot. Because of the angle, the second photo makes the print look a lot larger compared to my boot, but what it does show is how deeply impressed into the mud the print is. The ground was firm enough that my full body weight (175 lbs) on my one booted foot made hardly any impression at all, yet most of the print is about an inch into the mud. I found no other prints, but I admit I just thought the one was odd enough to photo and I didn’t really search around for more.

About two weeks later I returned and my first night there it was warm enough to sleep on the porch in my sleeping bag. I was up well past sundown, and as I lay there looking at the stars I heard a strange call in the distance. Sounded like it may have originated across the lake, perhaps a mile away. It was a somewhat higher pitched, rising then falling “whoop whoop” type call. I heard it maybe three times and it seemed to be coming gradually closer to my location. I’d say intervals of a half hour to an hour or more apart. Now, I’m not familiar enough with animal calls to know what it was or wasn’t, but I’ve spent a fair amount of time backpacking on the east and west coasts. I’ve never heard a call like this. At the time I thought it sounded like some kind of monkey, but I know there is not likely to be monkeys in the forests of NH. Next best guess was an owl call of some sort, but because of the timber, volume and echo of the call, it would have to be an impossibly huge owl, as I’ve heard some of your previous guests point out. At around four in the morning I was woken by the same call, but this time it was really loud, as though whatever was making it was very close by. It was chilling to hear. I immediately stood up, trying to detect any sounds of movement. None. Again it impressed me as being some kind of monkey call, and of course the possibility of sasquatch entered my mind. Whatever made the sound was close, and I had no intention of meeting it, as my skin was tingling. I picked up my sleeping bag and went inside. Of course I couldn’t sleep, maybe a half hour later I calmed down and went back onto the porch. A little later I heard the call for the last time, further away.

A local friend down the road said there was a lone coyote skulking about lately, but I know what coyotes sound like. This was not a coyote. It wasn’t at all like any moose calls I’ve been able to find online. I’ve been there several nights since, sitting on the porch at night enjoying the stars alone and with a friend. I haven’t heard the calls since that night.” 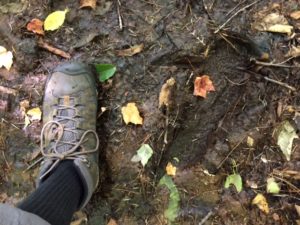 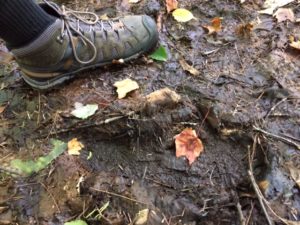 7 Responses to “Strange Sounds On A New Hampshire Night”