Stephen writes “I’ve been listening to the show for some time now, and have held on to my story until I heard this week’s show, which also occurred in NWA.

Cass, AR is actually very close to Eureka Springs, which is where I live. Anyways, back in 2014, I was driving my family home (we lived in Berryville,AR at the time) from visiting my dad in the hospital in Springfield, MO. It was summer, right around 9pm, and it was mostly dark. I mean mostly as in you could still somewhat see but definitely needed headlights. We were coming through a heavily wooded area around Cosmic Caverns, and I was on the lookout for deer, since they like to run out on the road at this time of year. I was having a conversation with my wife when a huge black mass came running up out of the ditch toward the car from the woods, which are probably only 20-30 ft from the road. It was massive (much taller than the car) and the speed in which it came at us from the ditch scared all of us. I shouted and swerved as I knew we were going to get hit, but did not. My wife asked me what the heck that was and I told her I thought I knew, but did not want to say. She asked, “Bigfoot?” I said, “I think so. It was huge.” I didn’t think they were in this area. I would have discounted all of this if it weren’t for what happened later.

So the really interesting part happened the next day when we got to church. The pastor’s wife (who regularly ridicules her son who is my age for believing in Bigfoot) approached me with a strange look on her face. She says, “You’re not going to believe what I saw last night.” I knew she lived around the Cosmic Cavern area, so I jokingly said, “A Bigfoot around Cosmic Cavern? Around 9pm?” Her jaw falls open and she shoves me back (think the Elaine from Seinfeld “Get Out!” shove) and says, “How did you know!?!” I told her that we had driven though that area at around that time and something had rushed the car. She told me that she had driven though that same area 15 minutes before we did and saw a massive black figure standing at the woodline.

So anyways that’s my story. We’ve moved out into the woods in the Eureka Springs area this summer, and have had a few strange things happen since. Also, my parents live in southern Missouri, near the Ft Leonardwood Air Force Base, and my dad has shared some interesting orb (floating lights?) stories. I can share those with you too, if interested. Thanks for the show, my family loves it!” 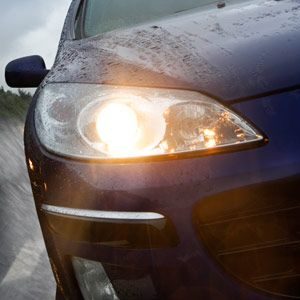 Mark writes “My Encounter Took place in 1984 near Dryden Ontario Canada. My best friend Bob lived in the bush 30 miles from Dryden. His closet neighbor was 13 miles away.

I went up to see him in July 1984,we went camping at a bush lake 20 miles from his house. That night something big was walking back and forth behind the tent. At first I thought it was a bear,I was scared every bear attack I ever read flashed before my eyes. Bob said Mark if something comes through this tent lay still and don’t raise up and I said why he lite his lighter and he had a double edged boot knife swing back and forth. Now I’m ready scared I told Bob I can’t stay in this tent lets get a fire going and he said ok. Wes the only light we had was a candle in a coffee can. Bob said ok he light the candle and he said you go first and i said why me and he said I got the knife. Wes at the time none of this was funny but now me and Bob laugh about the shit we did and said thet night. I crawled out of the tent stood up shining that coffee can all around looking to see what was going to get us. We went down to the rock by the lake got a fire going and this thing keep walking back and forth behind the tent. By now we both know what it was the word Bigfoot was never said but we knew. We had a radio in the tent the batteries went dead so we never turned it off all at once that radio started screeching and making the loudest sounds I ever heard we both jumped about 2 feet in the air and Bob said o my god it’s eating the old ladies radio and he said you have to go shut it off and I said why me and he said I got the knife. So there I went up to the tent with the coffee can with Bob right on my heels. 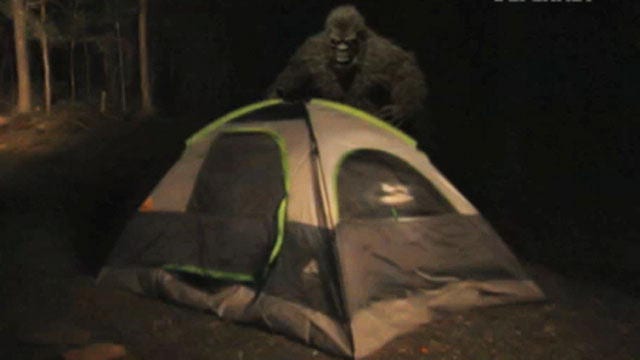 Wes I thought it was in the tent I took baby steps to the tent and dreading every step I took. I peaked in the tent nothing was in there so I crawled in and shut the radio off. I think when the radio went off it scared him as much as us because it was gone. Then we heard a loud Shrill whistle a few minutes later it was back walking behind the tent this went on most of the night we heard the whistle one more time. When the sky started getting light in the east it was gone. Wes we never seen it but we both know it was a Bigfoot. Wes this story is much better with me telling it then writing it lol. Wes I have some questions about that night maybe you can Answer them. Why didn’t it throw stuff at us? Why didn’t it scream at us. What made the radio come on?”