Richard writes “When I was about 12 years old my Father had enough confidence in me to allow me to wander the forest near our home hunting for squirrels. Behind our home was undeveloped mountain property of several thousand acres.

There were old homes and farms on the mountain, long years ago abandoned when the families died and dependents moved away. Most of this land was purchased by timber companies and hunting and walks in the woods were O K. I had been taught at an early age in hunting methods and gun safety by my Dad. He took me on exploratory trips into the woods to show me good places to hunt and blaze trails so I could find my way home. Dad was a very smart man and a wise father. He didn’t want to find it necessary to search for me and lead me back home at night.

One of these locations became my favorite. Very large beech trees filled a little valley and my access was one of the ridges that formed this place. There was a nice creek at the bottom of this ridge and the babbling of water helped cover the noise I made walking in. The trees were very tall and the canopy was very full, making entry feel like walking into a large covered room. In the fall of the year little red berries in the beeches made this place a favorite with gray squirrels. I adopted this place as my personal hot spot and mental relaxing den. Squirrels or not I enjoyed spending time here sitting on a log and admiring nature around me.

Squirrel season opened around September 15 and I could hardly wait each year for the season to open. A few classmates bragged of sneaking out before opening day and harvesting a few early. Not under Dads watchful eye, I would follow the game laws or not be allowed to go all season. When opening day arrived during the 1957 or 1958 season I would rush home after school, grab my shotgun, and off I raced. After a few successful trips I went to my personal spot one evening to find nothing at all. No squirrels, no birds, no anything was moving. After waiting an appropriate time in my 12 year old brain, I decided to expand my territory. Crossing the bridge across the stream. In this area timber had been cut a few years back leaving few full trees, and extremely thick undergrowth, bushes and briars. I found a game trail (old logging road) circling the base of another ridge. It was quiet there just like I had found earlier, plus the undergrowth was very thick making eyesight limited. I had traveled 200 or 300 yards off my normal route and found nothing to investigate. I decided to turn around and walk very slowly back the way I came in. If quiet I might find game moving. Since I got out of school at 3:00 pm, it was almost time to return home for dinner anyway.

As I got near the little bridge that would take me toward home, I heard an unusual noise. I listened carefully but did not recognize the sound coming from the thick undergrowth. It sounded somewhat like birds or squirrels scratching in the dry leaves looking for buried nuts or worms. I decided to investigate and determine the source of this rhythm noise. Ground cover dead leaves were very dry, making it very difficult to make any progress through the laurels, briars and undergrowth without announcing my presence. I eased myself into the brush making far more noise than desired. As I got closer to the noise, it got louder but couldn’t see the source. The brush I was entangled in was almost as tall as me. Finally I parted the tangle in front of my face, I saw the source of the mystery. In front of me, lying on the ground was an extremely large animal in deep sleep. This animal had been careful to not leave a trail into the thicket it was concealed in. Had I not heard the breathing noise, I would never have discovered this hiding spot . What I saw was this large animal lying completely surrounded by thick brush, weeds and briars. It looked like a large rock that had been dropped into tall grass that gathered against all sides. The source of leaves being stirred was the breathing of this creature. With each breath the leaves were blown around as it exhaled. I could see no movement of the animal other than breathing. The color of the fur or hair was cinnamon brown. I had seen some cattle in this color, but this thing appeared to be larger than a cow.

I tried hard to see more details but was unable to see enough to eliminate guesses. It appeared this thing was laying straight down with feet and legs folded up under it. It had made great effort to be concealed. The head and neck were pushed up under the bushes so I could not see details. It’s breath was coming out of the bushes near my right boot, but I was wedged tightly enough that I could not see. At least I knew which end was the front. All I could could see well was the surface of the back. Considering bulk I could see of the body, I would estimate weight in the 700 lb. range or more. I smelled no odor nor heard any noise other than snoring.

Please keep in mind I was 12 yrs. old and so excited my heart is trying to jump out my throat. I was trying to determine what this animal was. In my range of knowledge the only thing I could think of was a cow or bull. I brought my 20 ga., double barrel up in front of my chest and began backing out one step at a time. I tried to form a plan of action if this thing woke up with me bound up in bushes. If it came at me I had two barrels of #6 bird shot. My plan was to shoot at the eyes, therefore blinding it and slowing it down. Better than no plan, I thought. Thank our good lord, I got out of the thicket and back on a cleared path.

As I started my walk toward home, it occurred to me I had crossed no fences. In fact I did not know of anyone with a pasture close enough for cattle to wander into this area.

In 1957 or 58 I had no knowledge of a Sasquatch or Big Foot. I had not heard any stories or news about these creatures. Therefore I did not consider them when this event took place.
No, I told no one of this event. Dad would be furious if I shot someone’s bull. He would confiscate my beloved shotgun. If I told any of the guys at school they would make fun of me for my story or tell everyone I was afraid of a cow.

At 12 years old the mind is an amazing thing. After a few days I hardly remembered the event, and then forgot it all together.

The only event after this I can think of happened many years later. Don’t know if this had any relation to my story. I was always proud of my father and never heard of anything he was afraid of. I went to visit him one evening and he had a story for me. He had been exploring deep in the same forest I used to hunt in. He had a Colt woodsman .22 pistol that he tools with him on most walks and hunting trips. He continued to say he had wandered into some deep woods that he had never explored before. He told me that he was so far afield that he became worried that there might be something in those woods he did not know about. He was so uneasy that he pulled his trusty Colt out of the holster and carried it in his hand on the walk home. For a man raised in a dense forest and hunted his whole life this was not normal. In fact he spent over 4 yrs in the Navy exposed to the worse battles of the pacific during WW 2. I never knew him to show fear in any situation. I wonder what he saw in the woods that he wanted to tell me about.

I am now 72 yrs old and began enjoying your Big Foot videos. Within the last month I listened to an account on your program that sounded similar to me and my memory came flooding back. Had not thought of this encounter in 60 yrs. 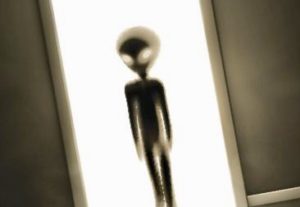 I speak to a lot of people off the air regarding different experiences. The show is 99% Sasquatch related. I spoke to this witness yesterday and heard about 20% of his encounter and I’m fascinated and want to hear the rest. Indulge me as we go off trail.

A listener writes “I was abducted at age 5, have awaken on an exam table, paralyzed, Have been through time warps in the desert and seen flying saucers go in and out of the ocean, land in formation, hang in the sky at close range. I’ve had a lifetime of encounters with disembodied entities and have battled ghosts for my very body. If you are interested, I have a 54 page book I’m working on. I’m a 70 year old disability rights advocate and musician, author and public speaker. I’ve been an NPR commentator, been published in chicken Soup, been on the CBS News with Walter Kronkite and been in a BBC documentary on the US Disability Rights Movement. I’m a serious guy.”