Earlier in the week I posted a video of strange lights in the woods (the video can also be found at the bottom of this post). Woody returns to the show to talk about what we experienced that night.

I also welcome Seth to the show who shares with us two experiences he has had with Sasquatch.

My final guest of the night is Steve and Steve writes “I was visiting our family house in St. Étienne de Bolton, Quebec, Canada. There is a creek behind house. My cousin (probably around 8 or 9 at the time) and me (around 13) walked down to Creek like we always did when we went up there. We got within eye sight of creel and we both froze. There was this grayish white monstrous sized thing sitting at the waters edge.

At first I would of sworn it was an elderly thin polar bear. Obviously couldn’t be a polar pear, or a grey gorilla much like the movie congo. As soon as it moved it’s head the slightest bit I shoved my cousin in front of me up the hill and we ran back to the house. I told my parents that we saw a giant dog, polar bear, gorilla, thing and they basically said, it was probably a big dog like our neighbors.

It definitely wasn’t a dog, or polar bear. The thing I remember the most are it’s shoulders. They were bony and decrepit. That’s the only way I can describe it. It was like I was looking at the back and shoulders of a very large and hairy 95 year old man. That’s it. It was a very quick sighting but I’ll never forget it.” 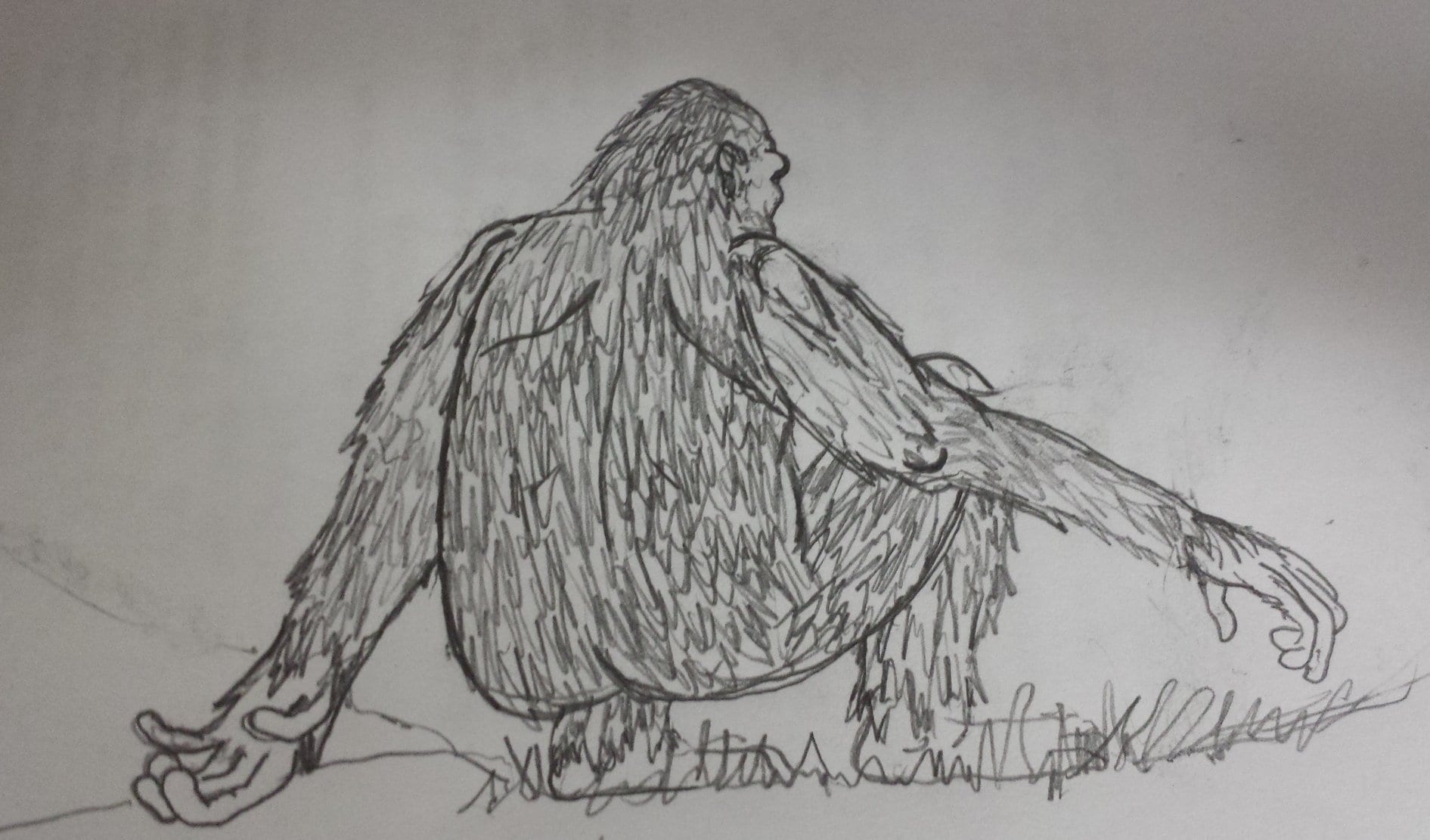