The witness is a veteran and has agreed to come on the show. Chris writes “Wes, I recently discovered your podcast and have been listening and enjoying it.

For as long as I can remember, I have been interested in Bigfoot/Sasquatch and believe enough evidence has been found to prove their existence. On to my possible encounter.

In June of 2006, my fishing buddy and I were on Lake Ouachita (pronounced wosh-i-taw) in Arkansas. We hit the water around 1900 that evening, launching from the Joplin recreation area boat ramp. The breeze was calm and the moon was bright, a perfect night for fishing. Around 2200, we had been fishing the perimeter on one of the many islands on the lake. This particular island has a nice long inlet on one side that has a finger protruding just off center and we always catch some nice fish there. This evening was no exception. After landing my second bass, there was a loud splash from a decent sized rock being tossed in the water.

I looked back to my buddy giving him the WTF look only to notice he was giving me the same look. As we were about to say something to each other, there was another splash in front of the boat. Now we knew that neither one of us had done this as a joke on the other as we were facing each other when the second and third splash occurred. We exchanged a few words while scanning the bank looking for who was throwing these rocks when the fourth splash was made to our left and very close to the boat. I remember my buddy saying “oh shit” and pointing to the crest of the island shortly after that splash.

My eyes followed to where he was pointing, and standing next to a large pine tree was a hulking figure. While neither of us could make out any details, we knew it was massive. As stated earlier, the moon was bright and almost full that night, and what we were looking at was standing in the shadows of the tree it was beside. There was low, deep growl unlike anything I have ever heard before. This thing grabbed the branch it was standing behind, tore it from the tree, and began walking to our right, down the ridge towards the front of the boat carrying this limb.

I hollered at my buddy to “fire the big motor” as I hit the 24volt button and high speed on the trolling motor to back us out of there. Thankfully he had the same thought as me and as soon as I heard the motor hit, I pulled the trolling motor up as he was dropping us in reverse. The thing we seen was standing at the shoreline now still holding the branch, and we could hear the heaving of its breath, even over the boats engine. As we cleared the inlet, my buddy dropped the motor in forward, pinned the throttle, and we rocketed out of there.

We shut down in the main channel and sat there for several minutes in silence, looking back towards the island which was now over a mile away. I kept replaying what just happened in my mind wondering what we just witnessed. I finally asked my friend “Did THAT just happen? WTF was THAT? You seen that too right?” Well, maybe not in that particular order. We were both very shaken from what had just transpired. We spent the next few hours discussing the event and whether we should report it or not. Ultimately, we agreed not to report it, headed a few miles down the lake and began fishing again.

We talked about our thoughts on Bigfoot and other such creatures the remainder of the night, occasionally casting a line, all while keeping a keen eye on the shore we were too far away from to actually fish effectively. As the sun was coming up, we decided to go back to the island in the daylight and check it out. After all, these islands are small and we would be able to observe if it was still on the island from a safe distance.

We circled the island several times before pulling up to it, beached at soft spot, and grabbed the fish ruler before disembarking. The tree limb was laying partially in the water where the thing had stood last night. Unfortunately, the majority of these islands are hard packed red clay and shale rock, so we were disappointed that we couldn not see any defined tracks. The branch however, was very telling. The branch was 10 11/16″ across the base and had a chunk of the tree peeled away with it! We were dumbstruck at the strength this thing had displayed!

We walked the 80 or so feet to the tree it was standing by and had removed the branch from. I am 6′ 1″ and could walk under where the branch had been. Based on the height of branch, we estimated that this beast was 8 – 8 1/2 feet in height, and had to be at least 4′ wide across the shoulders. Again, the ground was too hard to ascertain any foot prints. We walked around the island to search for more clues. We found a couple of 6 – 8″ diameter saplings that had been twisted almost in two.

Needless to say we didn’t fish Lake Ouachita for a while after this. I did purchase an extended tube tactical shotgun to carry in the boat the next week for the other places we went fishing. After all, if they were on Ouachita, they had to be elsewhere as well right? It took a few years before I went night fishing again. Neither of us could see enough detail to say for certain what we saw, however, the clues only point to one possibility.

To add a little background about us, I was raised in a small town that to this day does not have a stop light. I grew up running the Ouachita and Saline rivers bottoms hunting, fishing, four wheeling, and general small-town hell raising. I joined the Marine Corps after high school, spending 17 years in the infantry before being medically retired in 2009.

My friend was born and raised in West Virginia with a similar background, minus the Marine Corps. He was big in to black bear hunting. We met through a mutual friend while I was home on leave and became friends, often hunting and obviously fishing when I was home. Unfortunately, his job transfered him away not long after I retired.

I still spend quite a bit of time in the outdoors with my sons and grandsons, just NEVER without a gun or two and a few spare reloads. I’ve had a couple of possible encounters over the past few years, nothing concrete. I’ll save them for another email. For the record, I am NOT a Bigfoot/Sasquatch hunter, researcher, or anything along those lines, and I absolutely do not actively look or search for them as do not care to have a similar experience ever again.

I’m sure you guys are inundated with emails and I appreciate what you guys do. Thank you.” 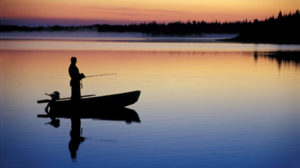 We will also be speaking to Josh from Canada who writes “There is a window at the side of our suite to the left almost aiming at our neighbours but also viewing the forest out back.

Like I said, it was a typical day.. little just after 2pm.. I was in the kitchen area watching my daughter as she watched he favourite TV series ( paw patrol lol ), I was standing in the direction so I could see her but also could see out our back porch glass doors and that side window in our suite.

I remember standing there just kinda thinking about whatever when all of a sudden, something caught my attention, it was moving around in the bush outside that side window and about 70 feet down, (so I’m looking out my side window and down at the bush) and that’s when I saw it, this red softball sized orb that was moving around in the bush below, rises up out of the bush and into the back yard , turn to its left so my right.. kind floated for maybe a few feet and Wes .. it was like it noticed that I noticed it because when I was looking at it .. it was like it freaked out or something, immediately looked directly into my eyes and like a laser beam flashed at me 5 times ultra fast and than disappeared like it was never there.

I’ll describe what I saw with my bare eyes, it was a softball sized red orb that was floating about 6 feet off the ground, it was a light but it wasn’t like .. you know light sends out a beam .. at first it wasn’t like that, it was almost like a red softball sized glow stick or something.. it only shined light when it hit me in my eyes. It disappeared after that.

It was very weird..” 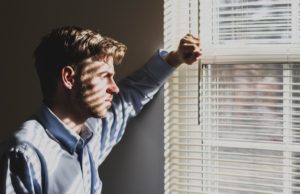