KENNEBUNK, Maine —Police in Maine say they have arrested a man who’s been spray painting images of Sasquatch throughout town. 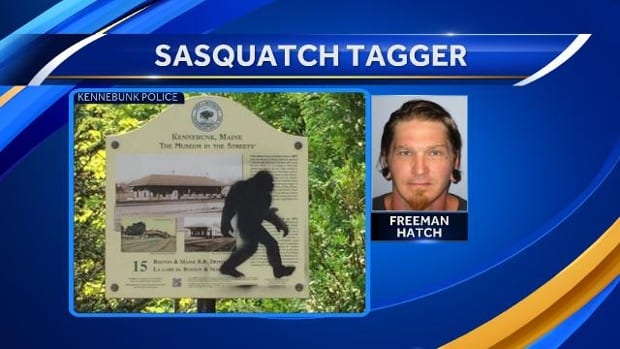 Freeman S. Hatch, 36, of Kennebunk, Maine, was charged on Tuesday with criminal mischief and possession of a drug, according to police.

Officers executed a search warrant as a result of the ongoing investigation.

Hatch is scheduled to appear in Biddeford District Court on Nov. 4.