A listener writes “Hey Wes, maybe the guy’s radio got some juice induced into its coils from whatever energy fields these things emit as dampening field which apparently also affect bugs, frogs, etc and make them shut up.

Some kind of energy that we humans can also sense and causes the hair on our arms to stand up. You know you can receive radio waves on a simple radio circuit with only head phones with no power source.

And the squelching noises could be due to not enough juice being induced or the induction frequency…one could pick up on this concept by asking if they were listening to AM or FM radio and hence know the frequency spectrum to start researching as per possible induction frequency range caused by their dampening field and hence explore these things further. If the idea is plausible.” 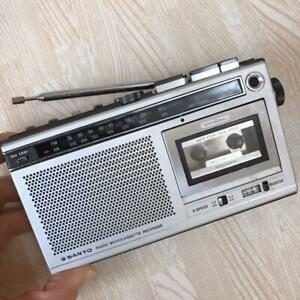 A another listener writes “Episode 699 where the guys batteries died yet the radio turned back on reminded me of an investigation we did at a private residence in my paranormal days. This couple had ALOT going on in their house but one of the weirder things was they had one of those life size R2D2’s that had a tray on it and when the power was on it could be controlled to bring you drinks like Jabbas Barge in return of the Jedi.

Well during our walkthrough when they were showing us the places and what happens they moved on and I told my partner who was an Ex police office that I was going to take the batteries out of it so we could chock it up to electric malfunction. Well around 1-2am in the morning we were doing an EVP session in the living room and the R2 unit came on and started bleep blooping like R2 does but never moved. The lights came on and it started making all his noises but the batteries were in my cargo pocket. We went straight to it flipped it upside down and looked and there were no batteries in it, no plug and no backup batteries.

It was pretty weird but far from the weirdest thing that happened in that house. We came to a conclusion that the battery drains came as spirits were using whatever they could to draw energy to manifest themselves as these battery drains were usually followed by activity. Anyway just thought I would share.

2 Responses to “The Radio”