If we are to believe the Diary of Elkanah Walker, pioneer American missionary in Washington State to the Spokane Indians, he wrote:

“Bear with me if I trouble you with a little of their superstitions. They believe in a race of giants, which inhabit a certain mountain off to the west of us. This mountain is covered with perpetual snow. They (the creatures) inhabit the snow peaks. They hunt and do all their work at night. They are men stealers.

They come to the people’s lodges at night when the people are asleep and take them and put them under their skins and to their place of abode without even waking. Their track is a foot and a half long. They steal salmon from Indian nets and eat then raw as the bears do. If the people are awake, they always know when they are coming very near by their strong smell that is most intolerable. It is not uncommon for them to come in the night and give three whistles and then the stones will begin to hit their houses.” (Drury 1976, pp. 122-123) 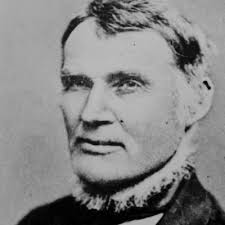 Reverend Walker’s established mission was approximately located twenty-five miles northwest of present day Spokane, WA. His diary entry of the snow peak to the west could be one of several peaks in the Cascade Range such as Mt. Baker, Mt. Rainier, Mt Adams or Mount St. Helens or possibly he could have meant Mt. Hood on the Oregon side of the Columbia River. But Sasquatch researchers, myself among them, generally believe the missionary was referring to Mt. St. Helens which has always carried legends of Sasquatches, ape-like men and of course the 1924 story of Fred Beck in Ape Canyon. 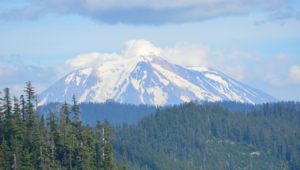 Missionary Walker also penned pre-civil war references to this beautiful Mt. St. Helens as a place where the white man and the Indians never frequented “and who assert it is inhabited by a race of beings of a different species, who are cannibals and whom they hold in great dread.”

In his private writings, he declared the Indians called these different beings “Seatcoes or Selahticks.” Words, which he thought at the time of his writings possibly referred to renegade or outcast Indians banished from tribal villages and not the elusive timber giant. Of this referential point we can’t be sure, but his diaries were the first to make mention of it.

6 Responses to “The Diary Of Elkanah Walker”