Tim talked about seeing something like this while he was driving. I found a little information on it: The Deer Woman is a dangerous spirit being, similar to a fairy in the legends of many Native American tribes in the U.S. and is especially popular in and around Oklahoma.

Appearance: The Deer Woman usually appears as a beautiful and seductive woman, or a combination creature with the upper portion of a woman and the lower portion of a doe.

Lore: The Deer Woman is a dangerous spirit who entices men closer to her with her otherworldly beauty only to transform into a doe at the last moment and stomp her victim and would-be-lover to death with her hooves. In some versions of the legend, the Deer Woman acts like a succubus or vampire that feeds off the victims life force, with her victims slowly waisting away and dying with time. Such tales are very similar to legends of fairies. It is believed that if a mortal should have sexual intercourse with an otherworldly being then no human mate will ever satisfy them again. As far as her origins go, in one Oklahoma tale, the Deer Woman is the ghost of a woman who was raped and left for dead. Upon her death she was transformed into a vengeful spirit, seeking retribution on human men and women. 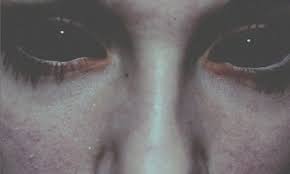 Deer women love to dance and are extremely curious of human society, often infiltrating Native American ceremonies. However, the presence of a Deer Woman is not generally viewed as being a good sign, in fact her presence is viewed as a bad omen, and the men of the tribe will drive her off if she is recognized for what she truly is.

Defense Against Deer Women: Deer Women can be repelled via tobacco smoke and prayers however the best means of not becoming a victim is to always check the feet of strange women one may encounter. Deer Women have the hooves of a doe and will attempt to hide them from their victims. If her would-be-victim can expose her hoofed feet then the gig is up and the Deer Woman will quickly flee. Seeing the Deer Woman’s hoofed feet will also break the enchantment she places on her victims. Custom .NET Development Services Other than checking for hoofed feet, another method of protecting oneself is to quickly glance away and not look at a person you may suspect to be a Deer Woman. If you don’t look at her she can’t bewitch you.

15 Responses to “The Deer Woman”