Bill Brock (the Team Leader of Monsters Underground on Destination America as well as the founder of Team Rogue) joins us this evening. Brock has made it his life mission to identify unknown creatures around the world. As a Crypto-Expeditionary he has been all over the world looking for creatures from Bigfoot to the giant bat known as the Olitiau. Now he bring his hunt to Maine with Team Rogue. Team Rogue has been responsible researching and publishing some of the best footage of a possible Bigfoot to be seen from Maine. Brock is also a accomplished author and speaker, co-writing a book focusing on the connection between the ancient mound builders and the paranormal. He has also given speeches to thousands of people on Bigfoot and the origins of the Sasquatch. He continues his journey researching Cryptids and the Paranormal in Maine and around the world.

Also, Melissa and Cari George stop by to talk about Melissa’s new book, “Sasquatch, The Native Truth.” “A Native American tells her horrifying story of growing up around the Kecleh-Kudleh. On a rural farm, in the mountains, she and her sister are constantly stalked by the Kecleh-Kudleh. For years they try to ignore the signs, until one day they can no longer ignore that the Kecleh-Kudleh are real. They have come face to face with an ancient legend.

Both guests will be sharing their own personal encounters and encounters by others that they have looked into. 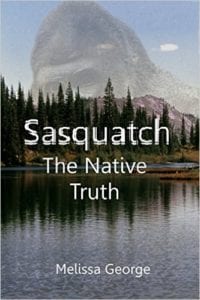