A listener writes “To begin with I was pretty much raised by my father’s parents when I was a small child. In the second grade at the time. They lived in Quitman Louisiana. A very small town in north central Louisiana. They had a large amount of land. Mostly woods and swamp. I spent most all of my time in those woods. Both hunting and playing. There were fairly large creeks and branches that I loved to play in as well as exploring and making trails. At that time I had little to no knowledge of bigfoot other than what I would read and one story that my great grandmother told me.

Playing in those woods was always fun for me so I was in them every chance I got. When i wasn’t in their 3 acre garden. They had fruit trees and a very large assortment of vegetables.

There were times when I would be either in the woods or garden that I would get a creepy feeling. Like I was being watched or followed. I just felt as if it was my imagination getting the best of me.

I would hear what I thought were tree limbs breaking and sometimes crunching of twigs in the woods around me. Occasionally I would find foot prints in the muddy creek bottoms. I figured just my imagination. There were times I felt I was being watched in the garden as well. In those instances I would simply leave and go back towards the house. I believe now buggars were to blame.

Fast forward to 1986. I was 13 and 2 of my cousins and I would go camping almost every weekend. This was in Jonesboro/Hodge Louisiana area. We camped mostly in the Dugdemona swamp area, right on the river. Roughly 3 or so miles in the woods. We heard things at times, but assumed it was just the normal critters. 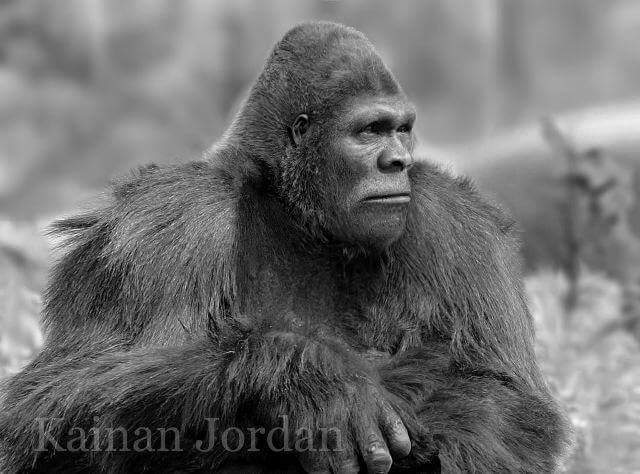 Fast forward again to 1991. I had moved with my mother to Atlanta Ga. As my parents had divorced. My father still lived in Jonesboro and I went back to visit him. I had gone home to spend time with my father and family. On this occasion I decided to take a trip down memory lane. So I got my camping gear and hiked back to my cousins and my old spot. It was grown up a little. Much as it was when we first hiked back there for the first time. This time I was alone. When I got to the old spot I set up camp and went on a hike through some of the old spots we loved to go. Again I started to feel like I was being watched. As a young adult now, I felt foolish and silly. Again I also was hearing a good number of tree limbs that sounded like the snapped and fell through the tree limbs to the ground. This would happen every four or five minutes or so as I walked. I started feeling uneasy and decided to go back to camp. At about 75 yards or so from camp I noticed what seemed like a large tree stump in the woods to the left of the tent that looked odd for some reason. As I got closer it looked as though it had mud colored moss on it.

When I got about 15 yards from it I froze because I realized it wasn’t moss but hair. I immediately became scared. Then it moved its head slightly before standing up, turning towards me. It was massive in size and height. I had never seen a clear picture of bigfoot at that time. It stood there for only a moment and looked of towards the river. It was super fast. When it reached the bank it leapt over and was gone from view in just a very few seconds. Keep in mind the river at that point was roughly about the width of an average ranch style house and in this area you can see for a hundred yards or more. Due to river flooding. I finally got the nerve to move and went where it had been squatted. I think it was trying to blend in because it heard me coming. There were tracks much longer and wider than my foot and I wear a size 11. I’m also 6’1″ and can reach 8′ at the tip of my fingers when stretched out. It was taller that i could reach. I’m estimating 9 or so feet tall. I packed up my gear and left right after. I’ve never been back to that area. I still hike in the north Ga. Mountains today. Have heard sounds and seen signs, but never saw a creature again.”

3 Responses to “I Immediately Became Scared”