Our planet is one of the planets that change it’s climate pretty fast. The Earth has faced various drastic changes between dry and frozen periods. Some of these glacial freezes lasted for many years and they had a massive impact on our planet.

Some of the early humans managed to survive all of these changes and our existence confirms that they did. Studies have shown that ice ages have forced some of the animal species to move into smaller areas that were less dangerous so they could survive.

This makes perfect sense and explains why humans migrated so much at certain times. Recently scientists and researchers discovered this 40,000 year old wolf in Siberia. 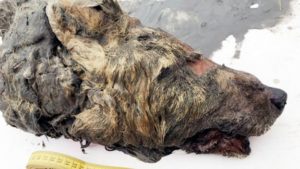